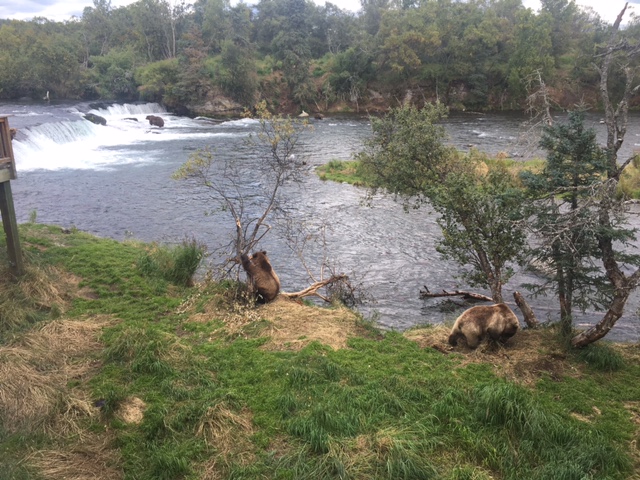 We flew to Brooks falls today there were 3 bears at the falls most of the day.  One of them was Otis, a huge male that is so big and fat that when he gets out of the water he can hardly walk.   His belly drags the ground and he seems more to waddle than walk.  We also saw 4 different females each with cubs.

On the way to the falls one of our guest spotted 2 large cubs in the grass next to the trail.  They were just watching us and we would have just walked past them if it had not been for the sharp eyes of the guest. After watching them for a few minutes they backed into the brush and disappeared.  We were just starting to put cameras away when a sow stepped out and walked within 10 yards of us the cubs were following behind her.

There were plenty of red salmon still below the falls but none were jumping the falls today.