Aircraft, Fly an hour or walk a week! 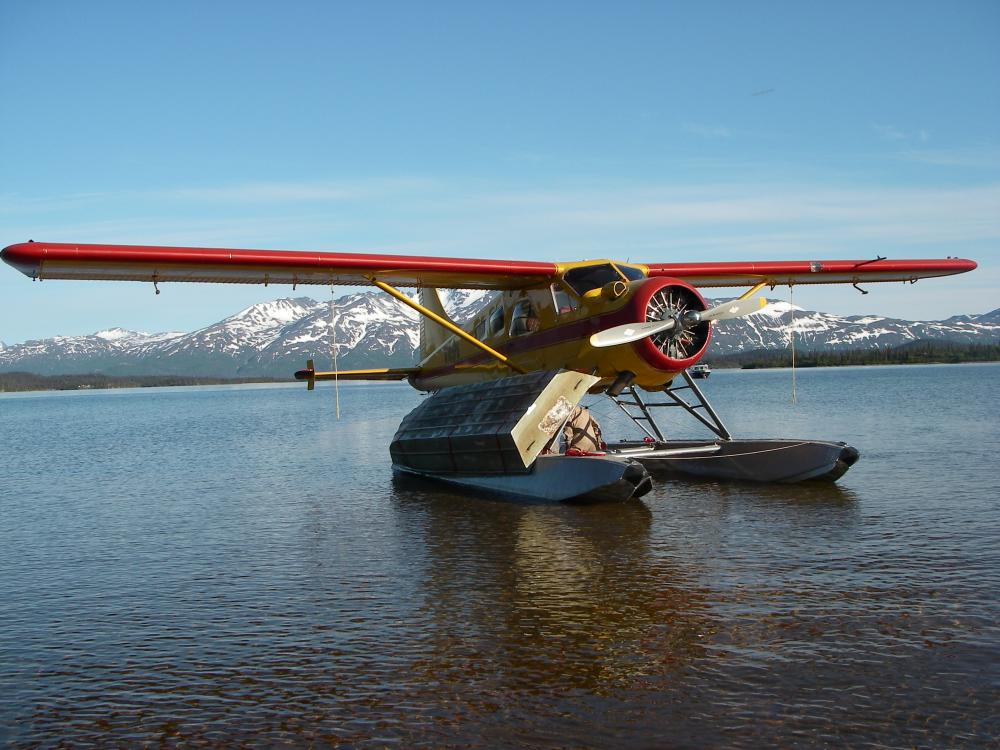 We have 4 Dedicated aircraft for the exclusive use of our guest, 2 float planes (seaplanes) and 2 tundra-tire bush planes are parked at the lodge. You have a pilot and plane at your disposable every day. We fly to where the bears are at that day. There is nothing worse than to hear “the fish are late this year and the bears have not come here yet.” Or “you should have been here last week, we saw lots of bears.” We have 127 different destinations we can fly to in order to see bears and other wildlife.

Bears follow the food with salmon being their favorite. Salmon runs peak in different locations at different times. As the salmon begin to dwindle at one location, the bears move to new areas where the runs are peaking. The bears often move 20 miles in a single day. Simply put, using our 4 aircraft and boats we follow the migration of the bears that are following their food source. With us, you are guaranteed to see bears and other wildlife. At the end of the day, we take you back to the comforts of our lodge.

We also have 14 boats staged in different locations, including the Katmai Coast. 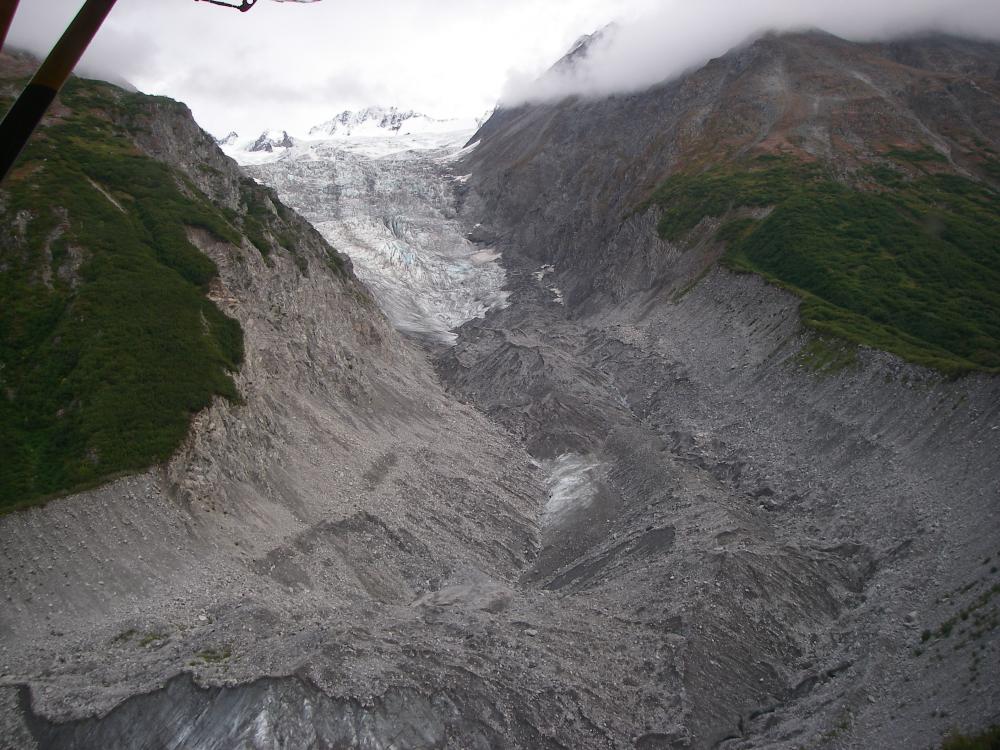 Our experienced Alaska bush pilots and guides will fly you to where the bears are. We make sure you are not stuck in one or two locations hoping grizzly bears or other wildlife will arrive. You never pay extra for the flying, all of the daily fly-outs are included in your trip package. There are no hidden costs!

Most photographers have seen the spectacular pictures of bears catching fish at Brooks Falls. Every bear lover should see Brooks at least once in their life. What many people don’t realize, is that Brooks falls is very crowded and not a true wilderness experience. We visit Brooks falls often, as many of our guests request us to bring them there for one of the days they are with us. For true wilderness, there are many other places with bears that we prefer to visit. The other big thing to remember is no single location consistently offers an abundance of bears. The timing of when the bears arrive is variable and dependent on when the salmon decide to return each year. The salmon always return but sometimes the run can be 10 or even 15 days late or early. Our exclusive lodge and trips are very different than those of other wilderness lodges. Every year, highly regarded wildlife photographers such as Art Wolfe, Daryl Balfour, Gavriel Jecan, David Hemmings, Jess Lee, visit the lodge, to lead their wildlife workshops. 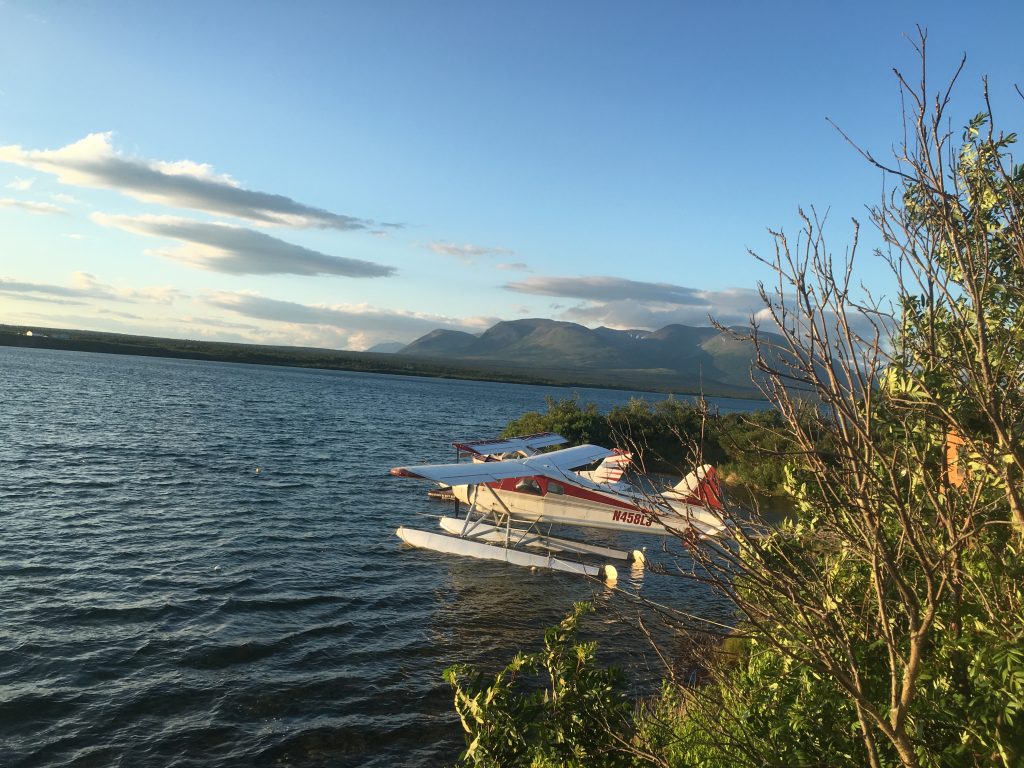 Aircraft are the lifeblood of remote Alaska Villages and remote wilderness access.

People, that have not spent time in the Alaskan bush, often do not understand the significance and importance of aircraft in Alaska. Most Villages in Alaska are not accessible by road. All the supplies, food, fuel, and people get to and from the villages by small aircraft. In coastal villages, some will travel by boat and small aircraft. Alaska is 1/5 the size of the continental USA, yet Los Angles County, California has more miles of roads than all of Alaska.

The remote Alaska villages will have a few miles of road, usually only to connect the airstrip and/or the harbor to the village post office and trading post. Virtually every village in Alaska has an airstrip of at least 2,500 feet in length so they can land medium-sized twin-engine aircraft. These aircraft are the lifeblood of Alaskan villages.

With thousands of square miles with no roads, bush planes are the key to accessing the Alaska wilderness. It is our skilled pilots and specialty aircraft that get us to the heart of The Last Frontier. Don’t forget, all the flying is included in the package, and you will never pay extra for the daily fly-outs. Our skilled pilots are Blake Lerue, Lavina Shook, Erin Turley. Occasionally accompanied by guest pilots: Bruce Johnson, and Larry Rivers. Each of them is trained to deliver a safe and productive viewing or photographing experience. Our guests have told us, “It just gets better every year, unbelievable fishing, bear viewing, abundant wildlife, incredible sightseeing, and all with the comfort and confidence of knowing their guest’s safety is always put first.

Our Fleet of Aircraft 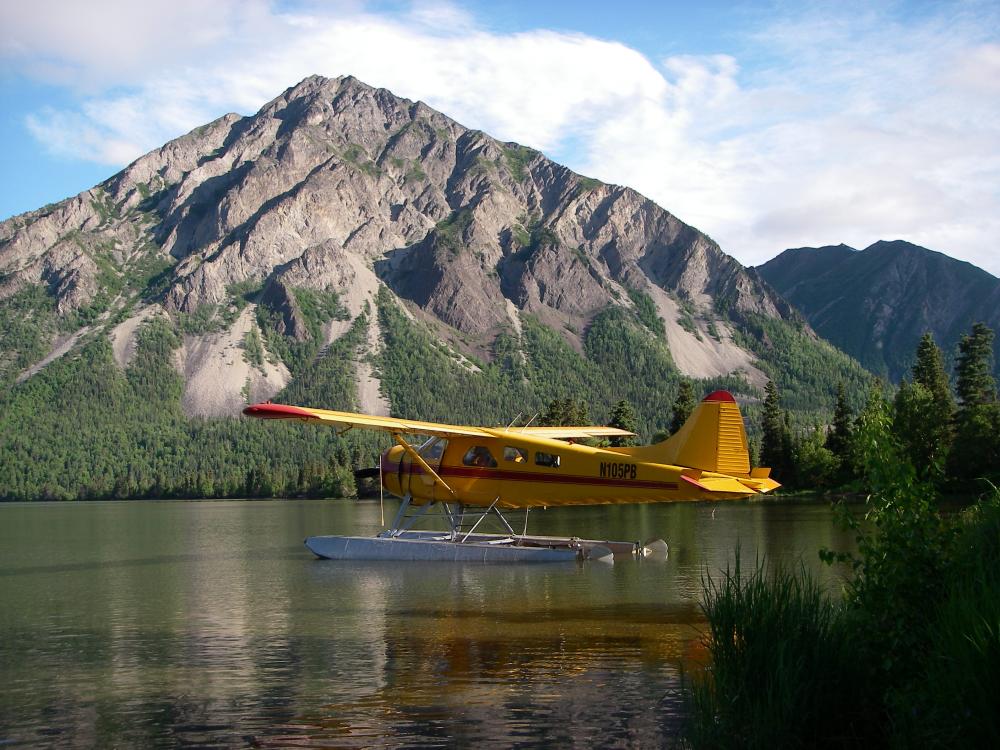 Our fleet of aircraft is specially built for off-airport bush flying. Without each of them, we would never be able to safely access our wilderness photo safaris and wildlife adventures.

The incredible De Havilland DHC-2 beaver is an 8 seat bush aircraft that is considered one of the best float planes ever built. It is a single-engined, high-wing, propeller-driven, STOL aircraft developed by De Havilland Canada. It is capable of traveling at 105 MPH while burning 25 gallons of AV gas per hour. It is primarily known as a bush plane and is used for cargo and passenger hauling, as well as aerial applications such as crop dusting. It was also widely adopted by armed forces as a utility aircraft. The United States Military has purchased hundreds and some are still in service for search and rescue.

The N458LJ. Years ago we purchased her in Quebec City and flew her to Alaska. She has proven herself a trusty aircraft and has delivered trouble-free service for many years. She has flown all over Canada, Iceland, and Alaska. In 2015 she got a new 9 cylinder Pratt & Whitney 450 Hp engine, along with a set of upgraded floats.

Our N67030 has fewer flight hours than any other of its kind flying in Alaska. She was a US military aircraft for 12 years then was put into long term storage. With a new engine and new floats, she was flown off to Alaska and has now become the pride of our fleet. 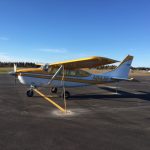 Our C-205 was built in the USA in with a 260 HP engine. It is equipped with tundra tires and is used for landing on beaches and backcountry airstrips. It is a comfortable 5 passenger aircraft that cruises at 135 MPH. 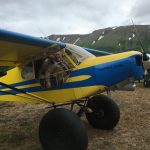 Our N82962 Piper Super Cub is a PA-18, with 180 HP on 35” tundra tires, which is Jerry’s personal airplane. This is the ultimate off airport bush plane used for exploring new landing strips. This plane has been in our family for over 35 years and was totally restored to better-than-new condition in 2007. The Cub only carries 1 passenger and is the slowest of our fleet. The advantage of the cub is that it can safely land in places that no other plane would even consider. We can do incredible things in this unique hot-rod of a bush plane. This aircraft has performed hundreds of wildlife aerial surveys and even a few rescues. We affectionately call her Phoenix Cub because of her colorful history.

The Aeronca Sedan. This is the newest addition to our fleet. With its large tundra tires, it has spent its life traveling Alaska safely transporting to and from tricky locations. It has an upgraded 180 hp engine furthermore ensuring its ability to take off in shorter runways.