Grizzly Family: A Conversation with Jerry and Caleb Jacques

When Jerry Jacques was 16, he ran away from home and hitchhiked to Alaska. He had heard stories of his great-grandfather and grandfather prospecting, trapping and living in the far north and intended to follow in their footsteps. He spent the summer in Talkeetna learning to guide raft trips but, that fall, since he was still a minor, the state troopers sent him back to California. Two years later, after graduating from high school, Jerry was back in Alaska. His dream was to guide whitewater river trips in the summer and photograph wildlife in the winter. He had heard his grandfather had built a cabin near the headwaters of the Iliamna River, so he got together a light kit and hired a pilot to fly him in to spend the winter in the wilderness.

“I darn near starved to death that winter. I made so many mistakes,” Jerry said. 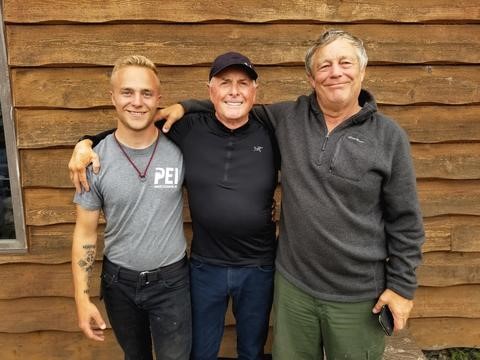 Today, Jerry and his family own and operate Alaska Grizzly Safaris, based out of Jacques Adventure Lodge near the village of Iliamna. They specialize in guiding photographers after the region’s incredible population of brown bears. Going from a teenager nearly starving to death in the wilds to having a successful ecotourism business has been a long, interesting and lucky journey for Jerry. After surviving that first winter, Jerry was in a desperate state. The river broke up in May and, not long after, a Dena’ina man named Kevin Jensen appeared outside the cabin. Kevin had taken his boat as far up the Iliamna River as he could, seen the smoke from Jerry’s cabin and gone to investigate. Kevin promptly took Jerry home to Pedro Bay, a village on the eastern edge of Lake Iliamna where Kevin and his family lived.

The Jensen’s ancestors had lived in Iliamna Lake country since time immemorial. Carl Jensen, Kevin’s dad, suggested that Jerry join him in guiding sport hunters after the regions’ brown bears and Dall sheep. There was good money in it, and Jerry’s dream of being a wildlife photographer hadn’t penciled out, so he signed on. Carl was a man of many trades. Besides being a hunting guide, he fished Bristol Bay during the sail-boat era, worked as a mechanic and ran the Pedro Bay post office with his wife Marjorie. Shortly before Carl passed on in 2016 at age 87, he was awarded Elder of the Year by the Bristol Bay Native Corporation.

Guiding hunters was lucrative but, after a while, Jerry couldn’t stomach it.

“I have no problem with hunting if the animal is being fully utilized, but I found myself rooting for the bears and not my hunters. I just got tired of seeing bears die. I shut down my business and didn’t know what I was going to do next,” Jerry said.

One thing that Jerry did know was that the Bristol Bay watershed—between the incredible runs of salmon, population of brown bear and other wildlife—is one of most incredible ecologically spectacular places on Earth.

“I’ve traveled all over. Nothing compares,” Jerry said.

In 1999, Jerry called up renowned wildlife photographer Art Wolfe to see if he was interested in coming out to photograph bears. There was not much of a market for bear viewing back then, but Jerry and Art hit it off. Soon other photographers began booking trips. Today, bear photo trips amount for 90% of Alaska Grizzly Safari’s business, with catch and release sport fishing making up the remainder. They specialize in flying small groups from their lodge to a variety of locations in Katmai National Park, Lake Clark National Parks and the surrounding wilderness. 80% of their clients are repeat customers. 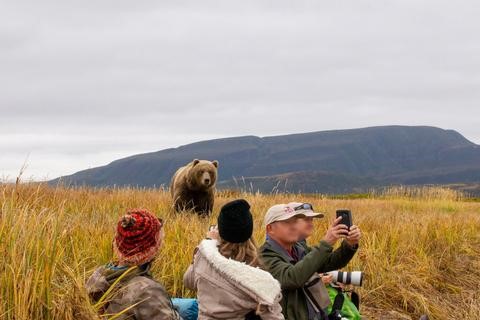 Jerry enlisted the bears to help raise his son, Caleb, and it has paid off. Caleb might give Davy Crockett a run for his coon-skin-cap—by 12, he was helping guide bear viewing clients. Now 21, Caleb is the lead guide for Alaska Grizzly Safaris.

“Growing up, it was always one adventure after another. Brown bears are the most unique top predators on Earth. It’s amazing to see one in person. It’s awesome to see the joy on our clients’ faces and help them have that experience,” Caleb said.

and birds. When asked if they’d ever consider offering a trip for cryptozoological photographers who want a picture of the famed Iliamna Lake monster, Caleb just laughed.

“I’ve spent every day staring out at the lake hoping to see it. It is a huge disappointment. I can’t call myself a true Alaskan until I see it,” Caleb said. 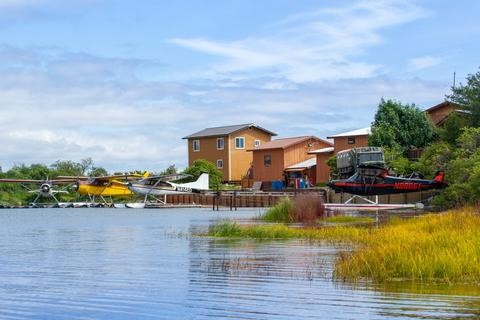 Pride of Bristol Bay is a column written by Bjorn Dihle and provided by its namesake, a fisherman direct seafood marketer that specializes in delivering the highest quality of sustainably caught wild salmon from Bristol Bay to your doorstep.