The week I was there, most of the salmon were not yet running, and the lodge was focused on a large family of fishing enthusiasts. As the only photographer that week, I had my own guide and the two-seater Supercub plane most days. We would cruise the coast, land on a beach and walk to where we had spotted a bear or two. One day we were able to walk to 100 yards away from a pod of walrus!

But on July 4, the whole group headed off to Brooks Falls for the most famous bear viewing in the state. Popularity isn’t necessarily good news for photographers, due to the large numbers of people competing for viewing spots. But the same factors mean the bears are used to humans and there is a well-organized infrastructure in place to allow close access to the bears while ensuring the safety of both.

Brooks Falls is the most famous spot, and visitors are limited to one-hour windows at the main viewing platform. This means we have lots of presumed “down time” while not at the Falls. As I approached the “waiting zone” where the gate was stationed to control access to the Falls, I noticed a small cluster of people hanging over the side. Since none appeared to be photographers, I assumed they were just looking at a bear sleeping or browsing, but with nothing else to do while waiting, I went over to check. Amazingly, directly below the vantage point, a brown bear sow was just settling down on her back to nurse her three cubs! Those images will forever remind me of the privilege I felt to be able to document this moment, watching this wild bear calmly feeding her babies, aware of but unconcerned by the presence of a dozen humans directly above. 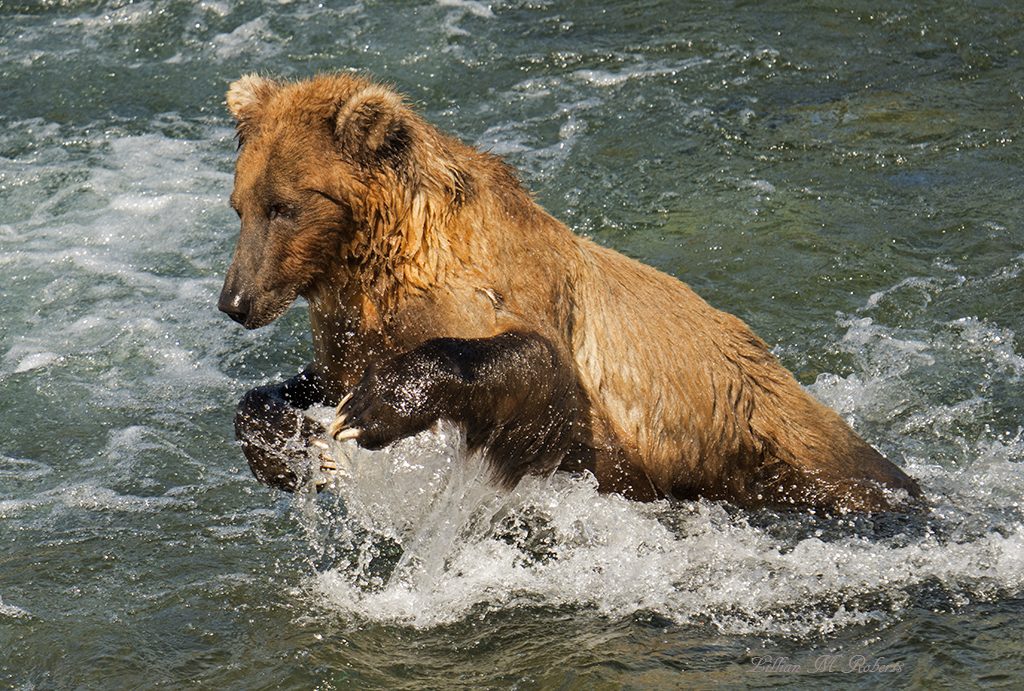 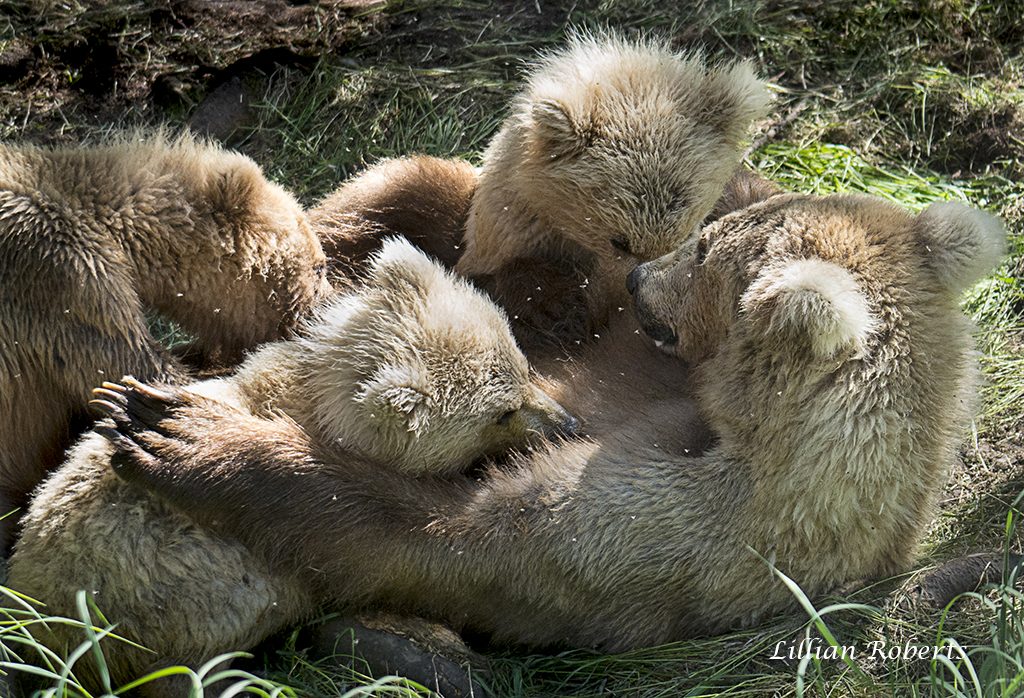 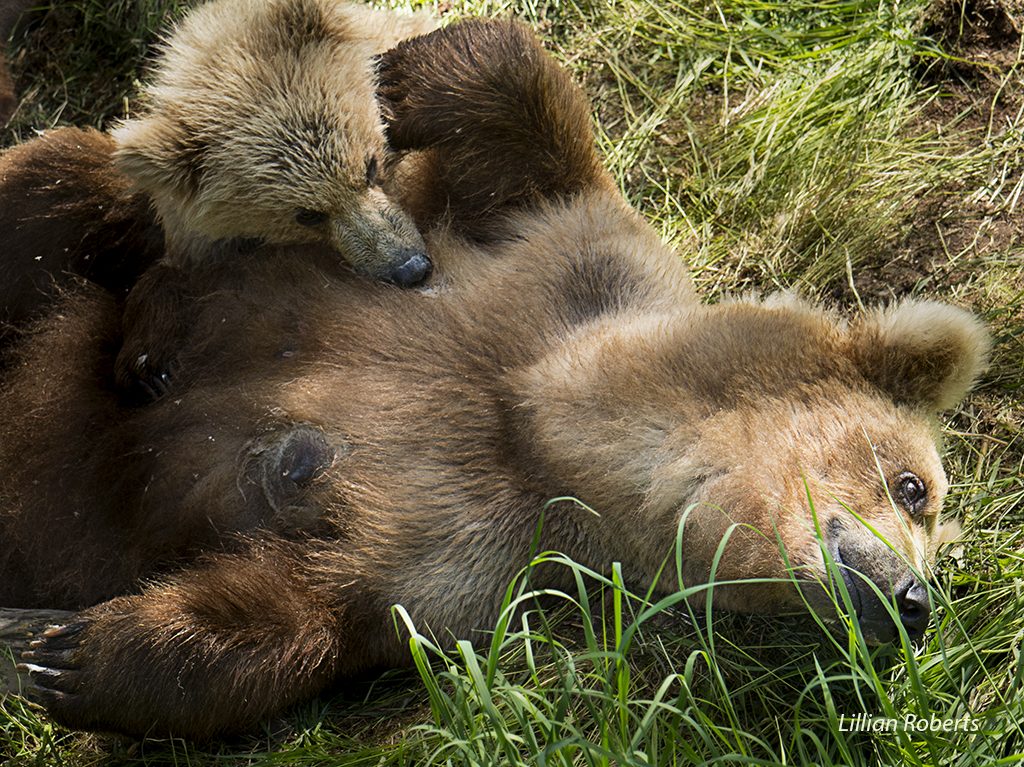 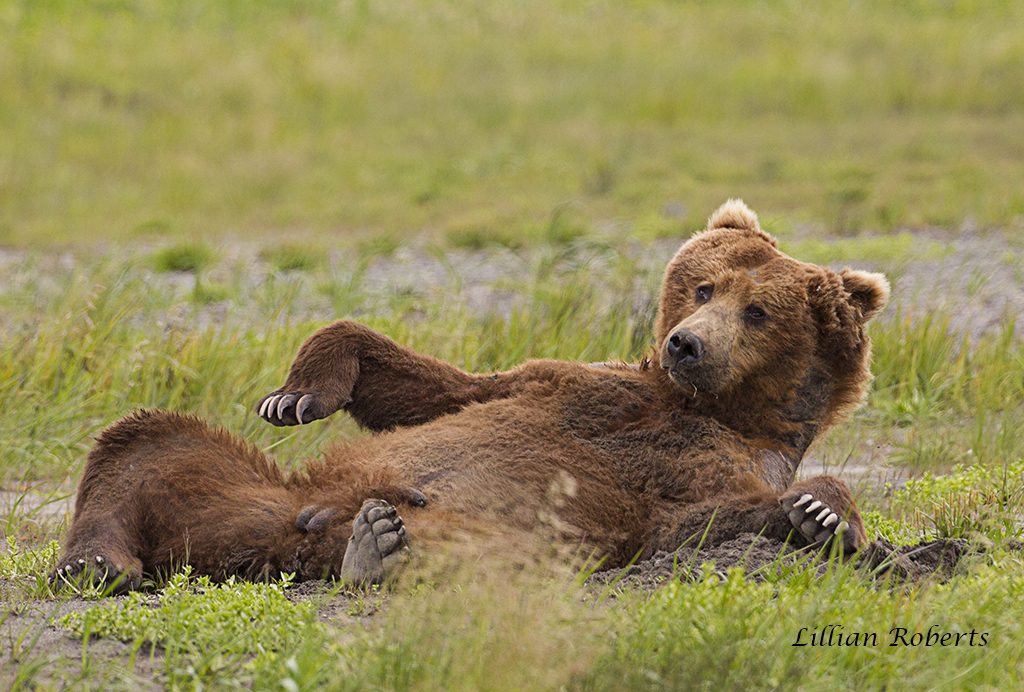 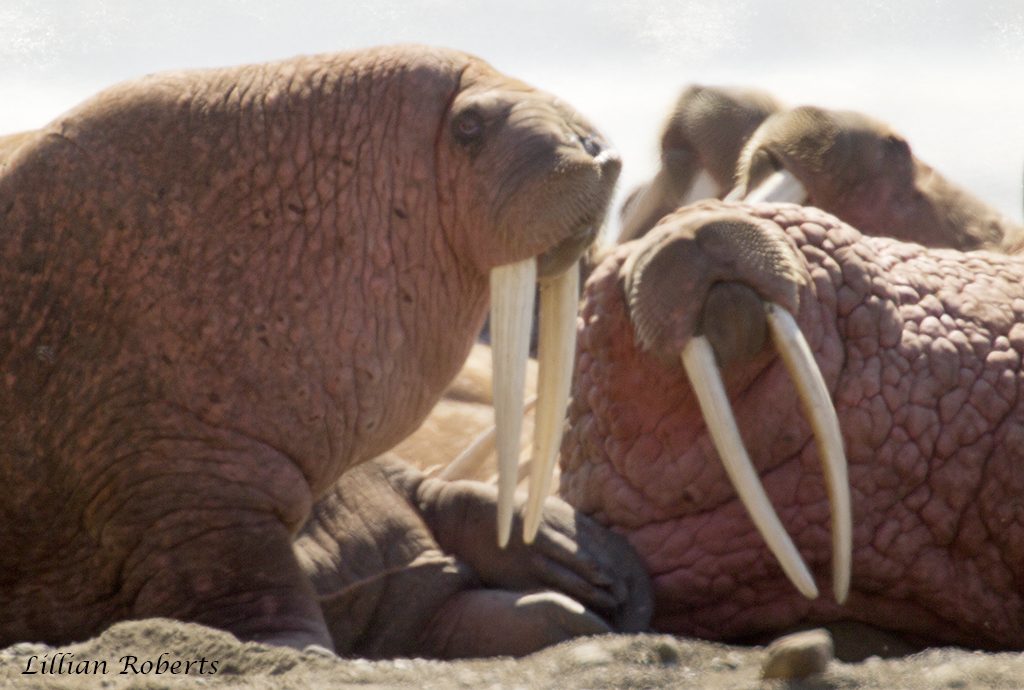