We frequent Planet Earth’s treasured locations to photograph or observe the giant coastal brown bears. Grizzlies are generally referred to as coastal brown bears when their primary food source is within 70 miles of coastline. Many of the salmon streams we target are above treeline and in the high alpine, open tundra landscape. This gives us clear and unobstructed views to capture images of these incredible mammals. In these perfect wilderness areas, you will get to watch bears fishing for salmon, digging for clams, eating sedge grasses, or gorging themselves with blueberries on the alpine tundra. Each day’s grizzly outings are designed specifically to suit your abilities and desires. You will be accompanied by some of the most experienced guides in all of Alaska. 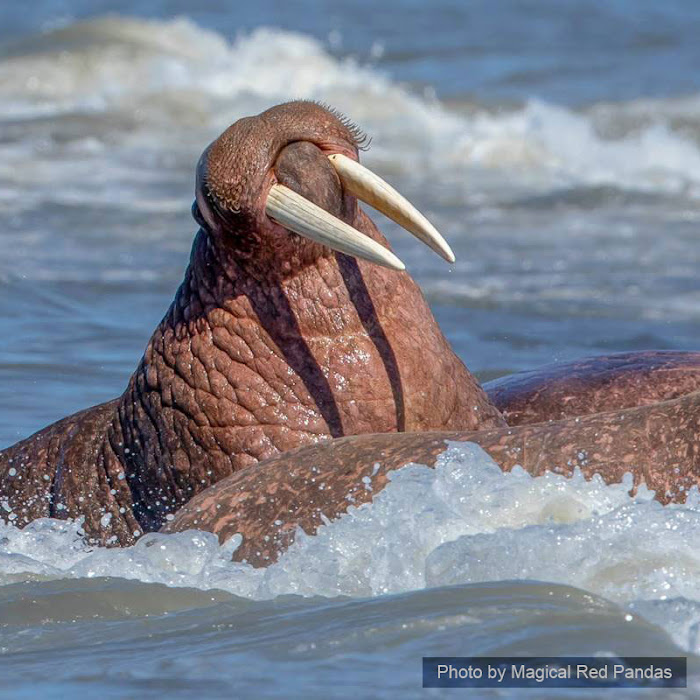 Venture into some of the most remote, rugged, and wildest parts of Alaska. The Bering Sea. Its beautiful black sand beaches, hopping with wildlife, is a sight few humans get to see. Arriving at Walrus Point and the Seal Islands, you will be greeted with the unmistakable yet exciting stench of walrus. With the walrus situated upwind, you may approach and set up your tripods a mere 75 yards away without disturbing them. These beaches can often display 200-400 seals hauled out on one beach. With walruses left and right, swans nesting in the salt grasses, eagles patrolling the cliffs and waters from above, and the sea otters playing in the surrounding streams, you are going to be happy you brought back up SD cards. And it is not uncommon to see caribou, moose, and bear along the way. Join us, and become one of the few photographers to ever capture images of walrus from both ground level as well as from the towering cliffs above.

With 525 different species of birds who call Alaska home, it is one of the greatest concentrations of seabird colonies this planet has to offer.

Bristol Bay is a major avian crossroads consisting of four migratory flyways, with birds from Africa, Asia, the Central Pacific, and the Americas. All of which migrate to and from the region in search of its diverse habitats and abundant resources. Arguably, there isn’t another place on else on Earth so important to so many different birds. Take advantage of our lodge’s unique shoreline location, and photograph birds right off the back porch!

he extended shooting light found only in Alaska, will grant you the most spectacular lighting and backdrops for bird photography. Sharpen your camera skills here at the lodge, and be ready to capture the unexpected moment the majestic bald eagle flies at you with a trout clenched tight in its talons. Or capture the split second when a spastic Arctic tern nose-dives into the water, returning with its prized minnow. Although most people visit our lodge in pursuit of Alaska’s infamous brown bears, it is important not to look past the smaller, yet equally magnificent subjects all around us. 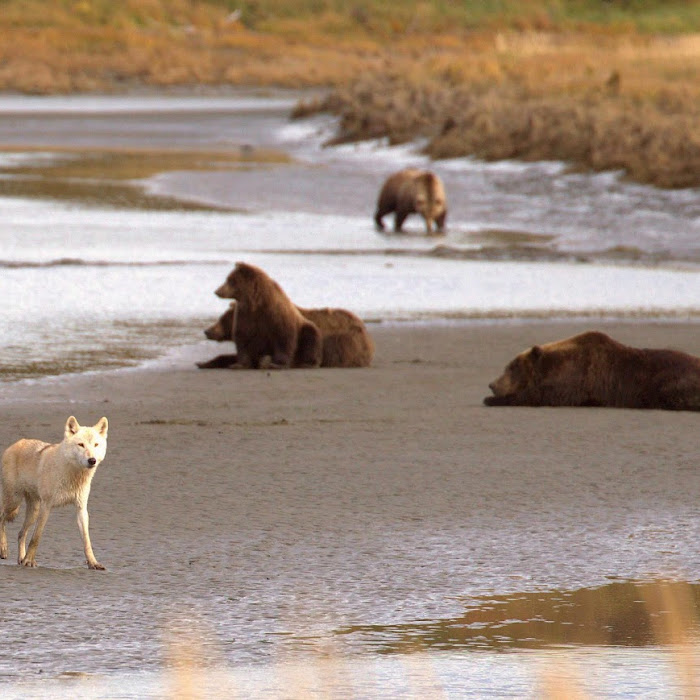 Wolves are members of the Canidae family. Currently there are only two Alaska subspecies that are recognized. Wolves located in Southeast Alaska tend to be darker and smaller than those in the northern part of the state. The pelt color of Alaska wolves tend to range from black to nearly white, with every shade of grey and tan in between. The gray or black wolves are most common and each color phase varies over time and place. Male adults weigh from 85-115 pounds but can reach up to 145 pounds. On the other hand, females average 10-15 pounds and rarely weigh more than 110 pounds. Wolves reach adult size by about 1 year of age. 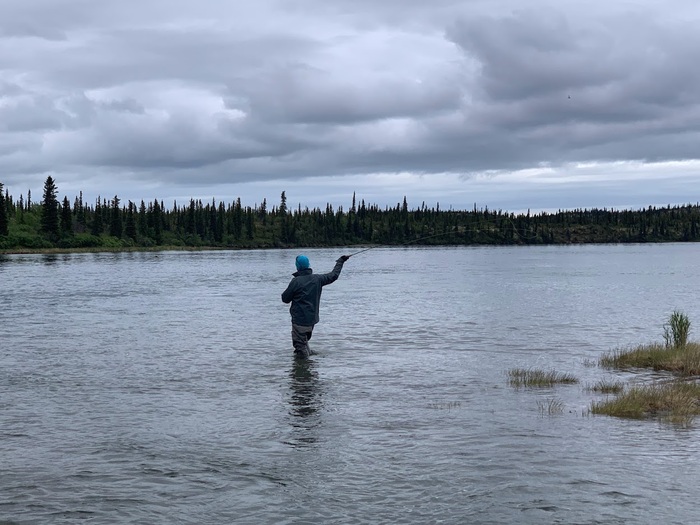