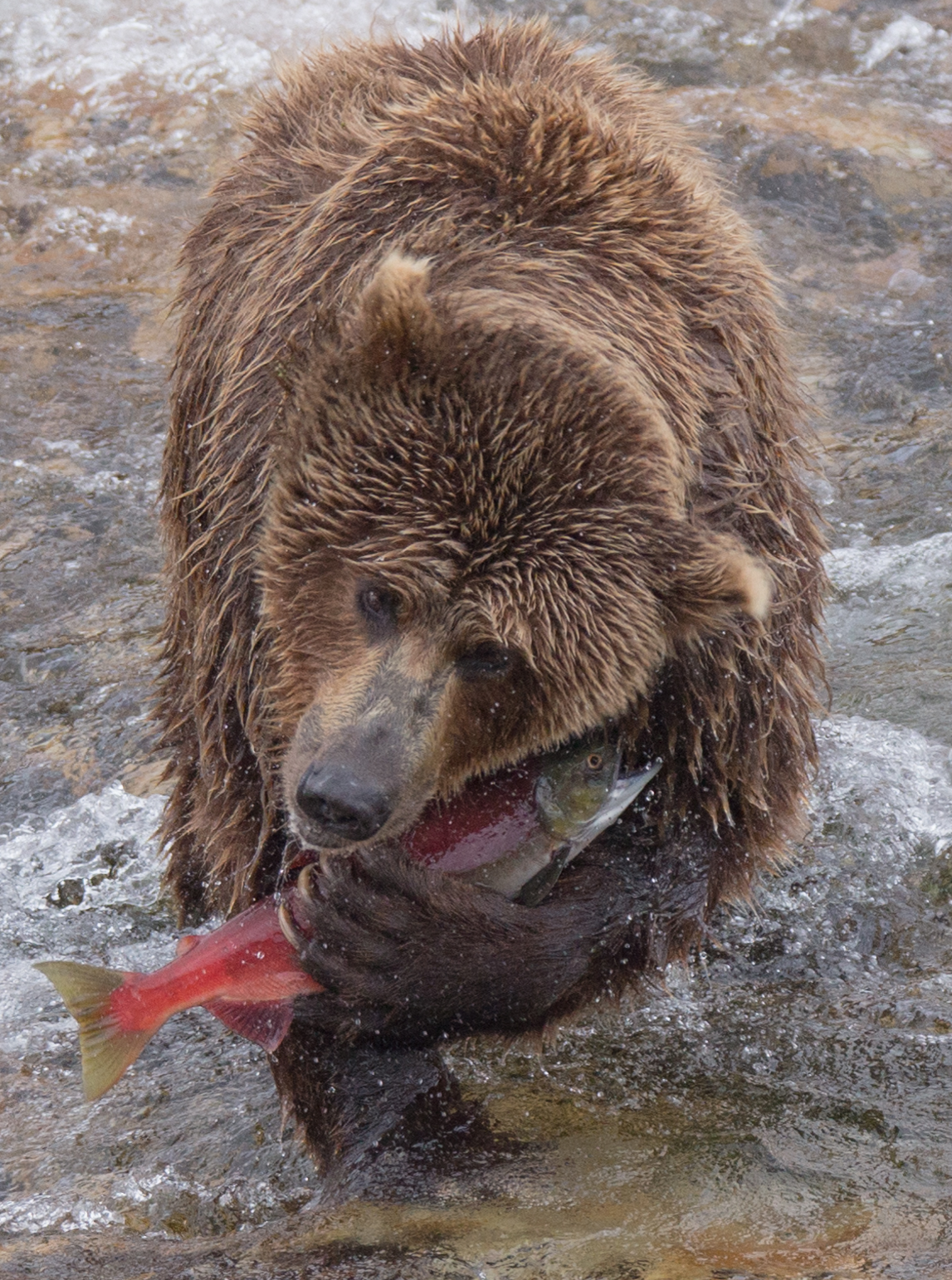 Tuesday the 28 of August we flew in the beaver and Cessna 206 to Katmai and saw 16 different bears. Some were on the tundra eating blueberries but most were still on the creek and we’re catching fish. Still are lots of salmon in the creek but they are slowing down. At one point during our hike we had 2 sows one with Cubs and a young boar grizzly all fishing 50 yards from of us. After watching them fish eat and play for over an hour a huge boar we call Mr. grumpy came to the rapids where all the other bears were at. As soon as Mr grumpy got there all the other bears backed away at least 200 yards. He caught several fish ate only his favorite parts of each fish then laid down a took a nap. After about 1 hr he got up caught another fish then left. As soon as Grumpy left the 2 sows both came back and started to fish again.

Total the group hiked close to 4 miles and everyone had a good time. After flying back to the lodge we quickly decimated the pre dinner snack table. So the cook had to send out a second round.